Our college empowers students to organise themselves for daily school life by giving them the tools they need to succeed. Students are able to become independent, confident learners, which sets them up to navigate the complexity and challenges of the modern world.

The St Ursula’s College House Cup is a college-wide initiative that fosters engagement with school activities, helps students build links with their peers across year groups and galvanises school spirit. 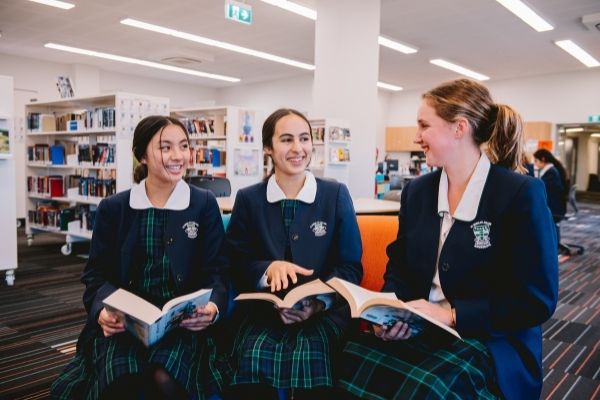 The college is well serviced by buses to local suburbs and located just a short walk from Kingsgrove Railway Station.

These buses transport students to and from the college, picking up and dropping off directly outside the Administration building on Caroline Street:

Kingsgrove Station is located on the Airport & South Line, with quick access to nearby suburbs such as Turrella, Bexley North, Bardwell Park, Beverly Hills, Narwee, Riverwood, Padstow and Revesby.

You can also use Trip Planner to easily plan your commute to the college.

Apply for a school travel pass

Get Opal for school students